About the Centre of Electoral Studies 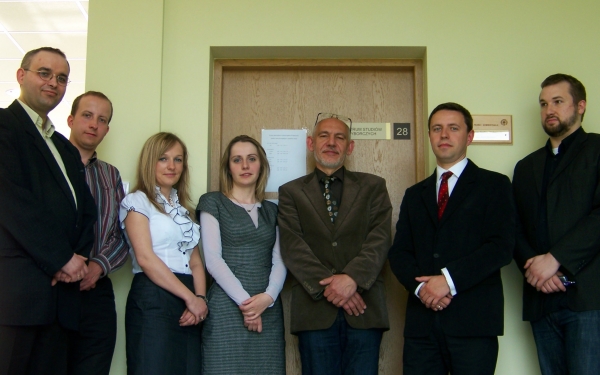 The idea of creation of a research unit dealing with broadly defined issues of election came up in the corridors of one of the scientific conferences held in May 2007. Its authors were minister Kazimierz W. Czaplicki — head of the National Electoral Office (secretary of the National Electoral Commission), Professor Krzysztof Skotnicki from the University of Łódź and the undersigned. We concluded that, while our contry does not lack people and scientific institutions dealing with elections, there is a need for a sui generis centre around which a variety of initiatives, especially scientific ones, would concentrate and which would gather experts in various fields (law, political science, sociology, etc.) who are interested in the issues of election.

The consequence of this idea was the creation of the Centre of Electoral Studies of the Nicolaus Copernicus University in Toruń on 1 January 2008 and — somewhat later — the Centre of Electoral Studies of the University of Łódź. Both centers work closely with each other, acting under the auspices of the National Electoral Commission in accordance with an agreement concluded by the Rectors of both universities. The work of these units is supported and coordinated by the Programme Council bringing together leading experts in the issues of election, representatives of both theory and practice. The Council is chaired by Professor K. Skotnicki and the undersigned as his deputy. The secretaries of the Council are Dr. Anna Rakowska and Dr. Bartłomiej Michalak.

NCU’s Centre of Electoral Studies — affiliated with the Faculty of Law and Administration — undertakes activities in the fields of research, advice, education and publishing. It cooperates with the National Electoral Commission, the National Electoral Office, the Institute of Public Affairs, the International Institute for Democracy and Electoral Assistance (IDEA) in Stockholm and other institutions dealing with electoral issues. CES conducts research, delivers scientific expertises and organizes scientific conferences. Theses and doctoral dissertations are written within its framework.

Everyone interested in cooperation with the Centre is welcome to make contact with us. We promise that each and every interesting idea or initiative related with electoral issues will receive our support.